Over two decades we have built a relationship that has led to the assignment of several mandates connected with strategic communication and corporate image. 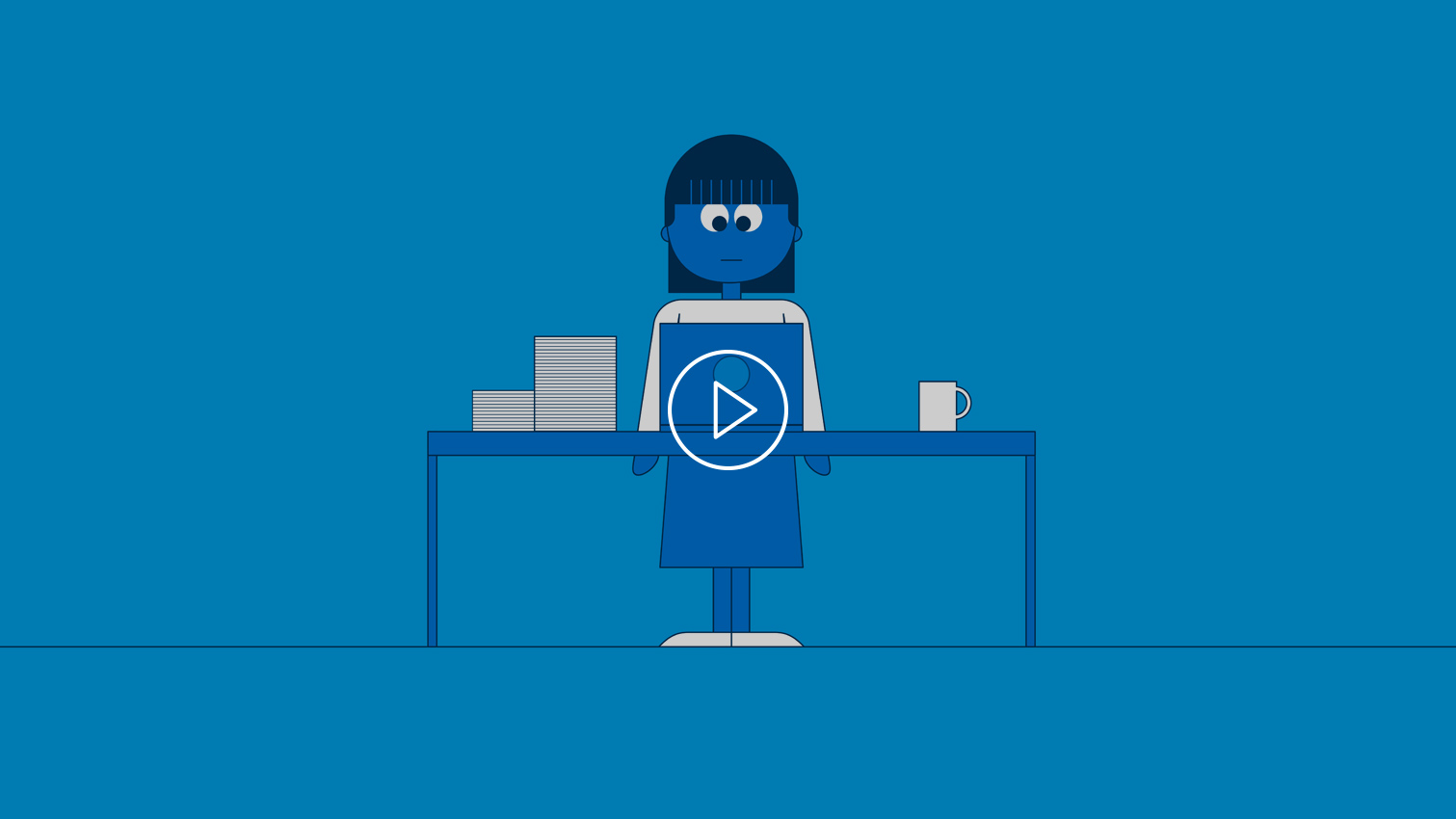 In order to facilitate the corporate internal communications, we created and brought forth LASES, a new project of internal communication that allows to spread, at all organizational levels, the main information concerning the company. In the various SES headquarters, 55” inch monitors were installed to make the circulation of corporate news more simple and usable through easily understandable images. The programming changes every week to keep the employees involved and up-to-date, thanks to the messages conveyed by the animation of three funny characters.

The activity report has always been accompanied by a significant photographic research of the territory in all its aspects. Every year, Ticino’s main photographers interpret a different theme. 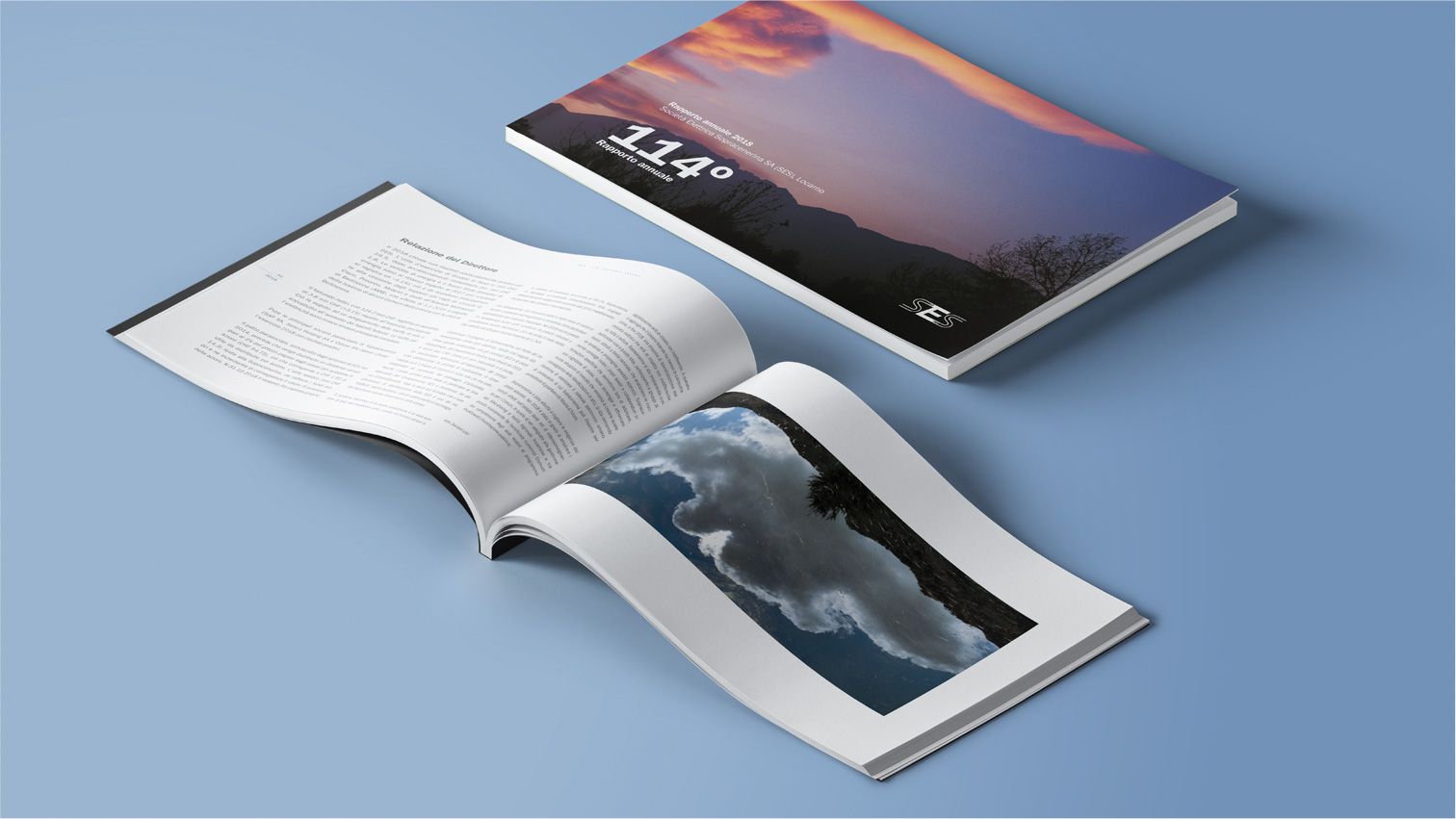 SES has always represented a meeting place. During the year, we organize and moderate two lectures choosing among the most varied topics, with free access to the public.

The main historical building in Piazza Grande, Locarno, has belonged to the Sopracenerina for more than a century. In occasion of this important anniversary, with the support of a historian and the Director’s Office, we created a book that revisits the various time periods of the building, which was initially erected to host the seat of Ticino’s Government that at the time was itinerant. 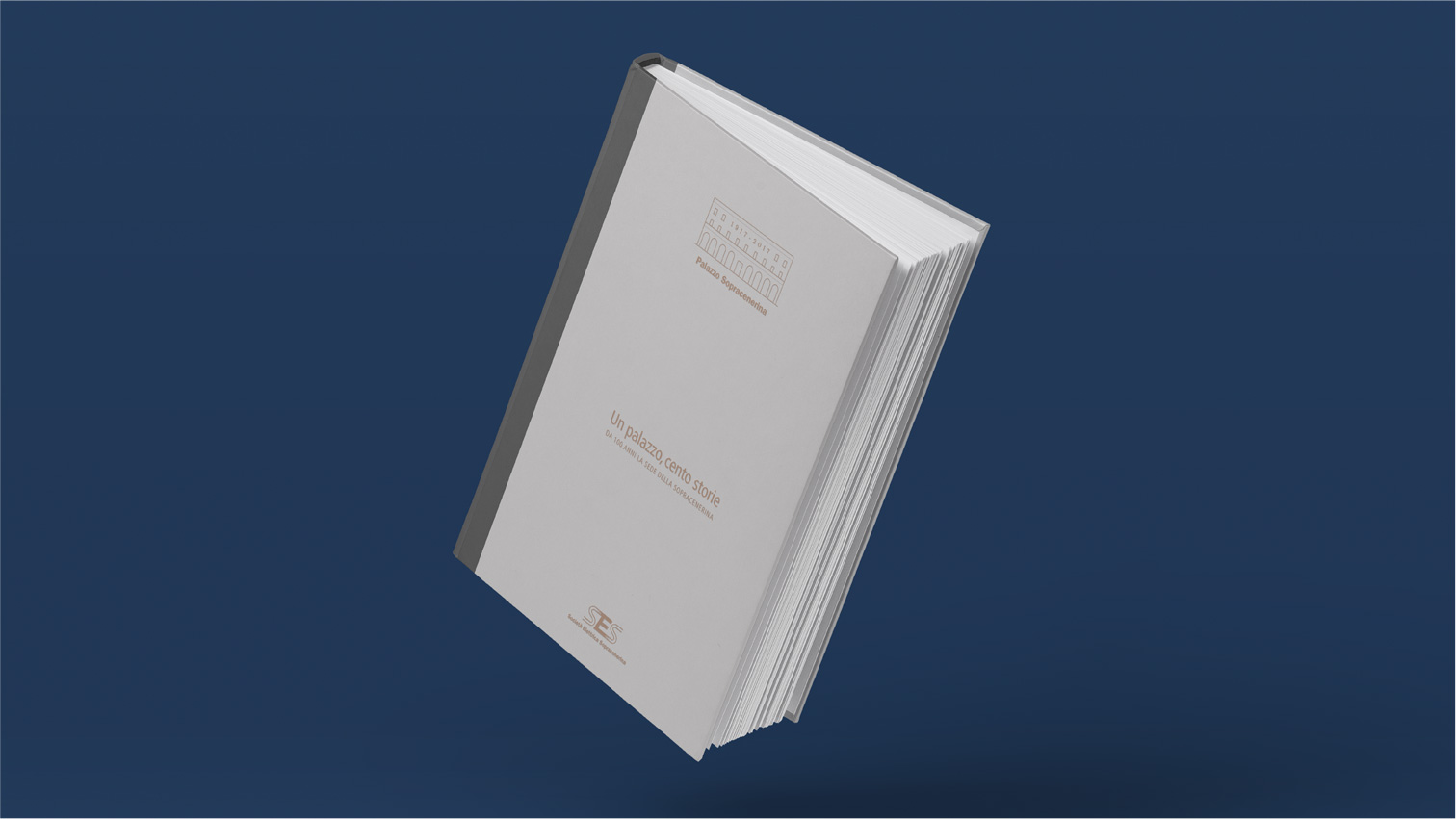 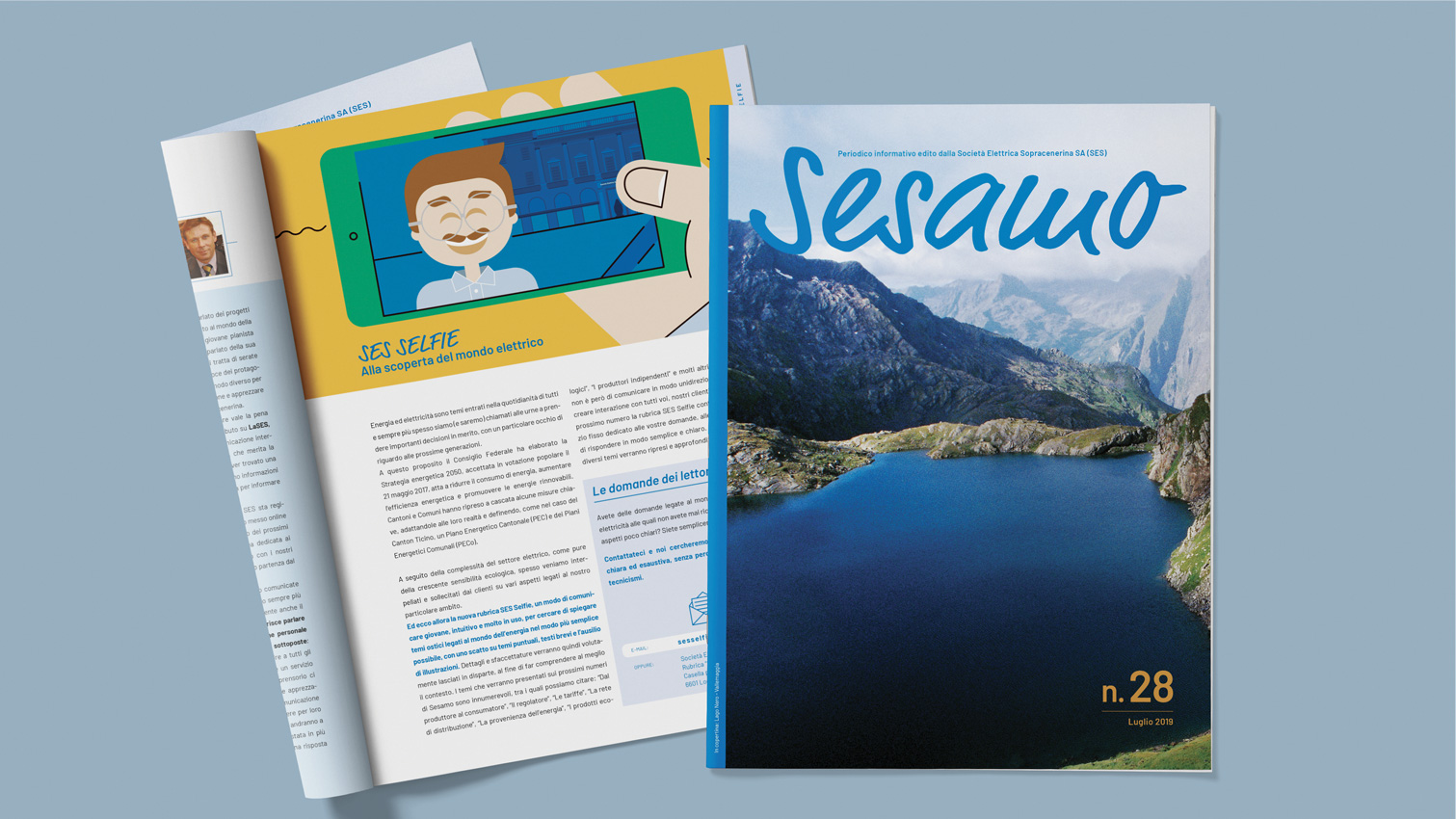 Seventeen years after its foundation, Sesamo, SES’s house-organ, appears with a new graphic look, fundamental also to highlight the latest proposed sections. For example, a direct line with the readers, who will have the chance to ask their questions or submit their doubts to the editorial staff, that is committed to answer by using an easy and frank language, devoid of technical rigidities.

For SES we have developed a communication campaign that has filled Locarno with the cheerful faces of its collaborators. The SES staff carries out their work by guaranteeing an essential service to its users. This campaign was born with the desire to tell and show the real faces of the people who ensure this service every day and with energy. 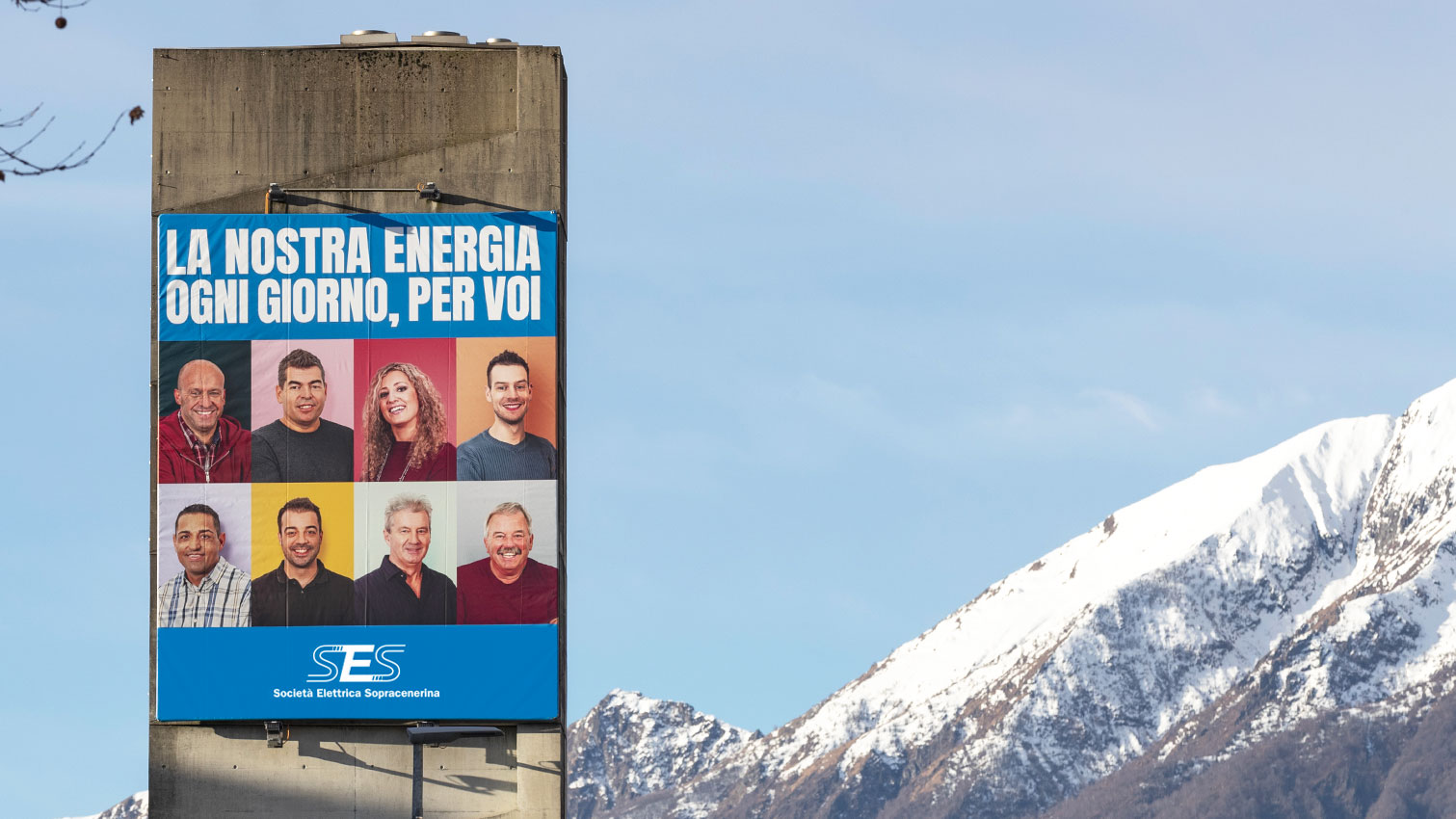 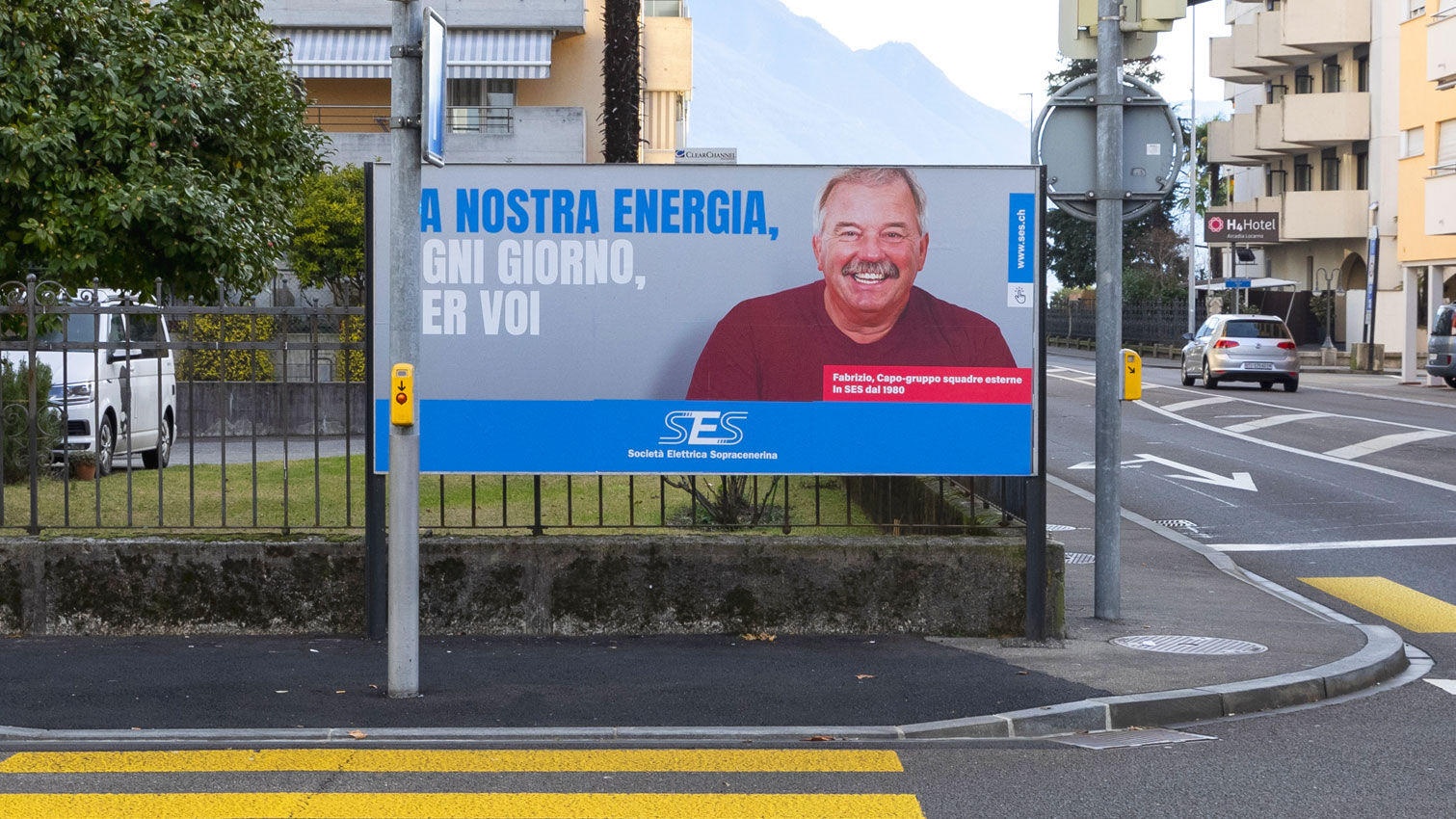 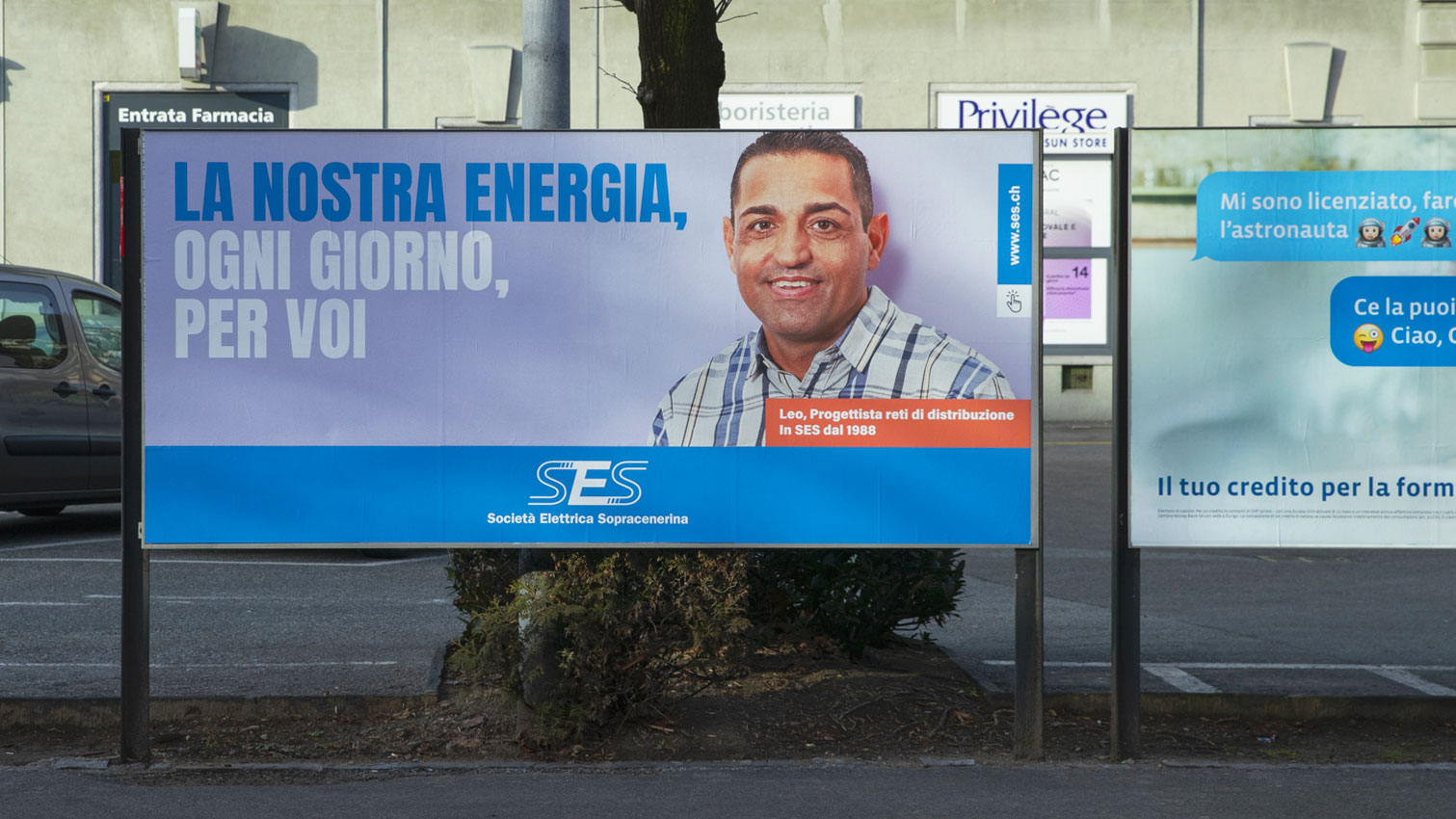 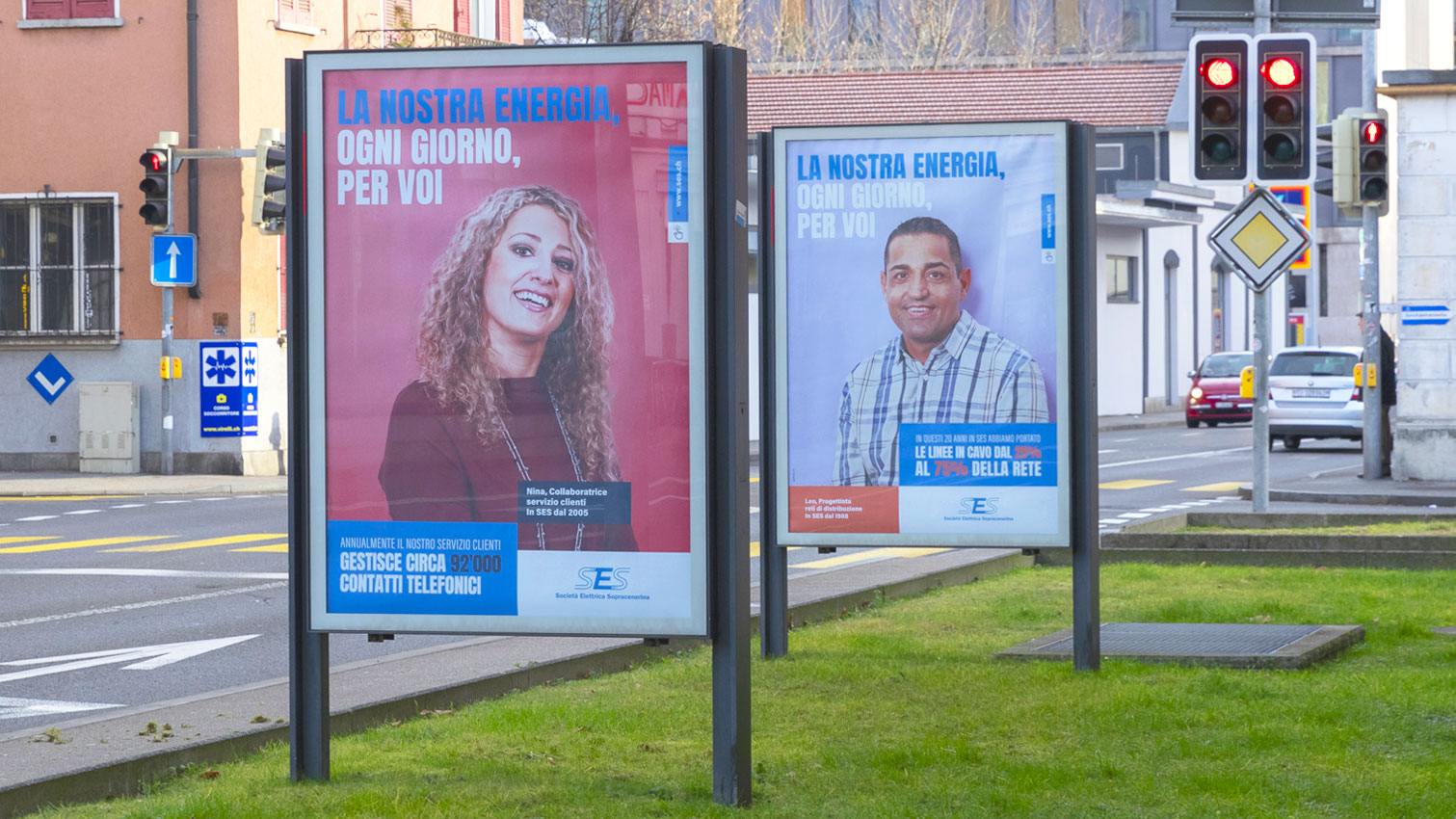